Vicki Stevens | Author
​'There is something delicious about writing the first words of a story.
​You never quite know where they'll take you.'​​
​
- Beatrix Potter
​
CONTACT ME 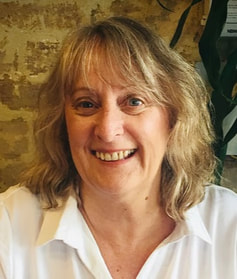 Vicki Stevens’ writing journey began with her father’s storytelling about boyhood mischief and her family's shared love of reading. This instilled in her a desire to tell her own stories, both real and imaginary. A penchant for uncovering secrets—most likely birthed from sneaky habits of eavesdropping and snooping as a child—ignited an interest in clever mysteries. The chills gained from reading Wuthering Heights, The Turn of The Screw, Rebecca - and watching anything brought to the screen by Alfred Hitchcock - drew her to suspense-filled thrillers. Combined with an avid interest in genealogy, she now enjoys writing evocative family history mysteries with a touch of humour.

In 2006, she and her family relocated to the picturesque town of Dayboro on Brisbane’s rural fringe. The tranquility and ambience of country living stirred her creativity. Out of a desire for encouragement in her writing, she formed a local writers’ group, Writers Rendezvous, which has since flourished in membership and achievements. In her role as co-ordinator, she has helped other aspiring authors to the point of publication.

Vicki has received a Highly Commended award from Stringybark Stories for a submitted short story, The Shot Tower, which was included in their published anthology, Ghostly Stringybark.

Uncovering life stories within her family tree, and a fascination with an historic local rail disaster motivated her to write Shaking Trees, the first book in her Abby Eaton Mystery series. At present she is writing the second book in this series, as well as working towards publishing a coming-of-age thriller co-written with an old school friend.